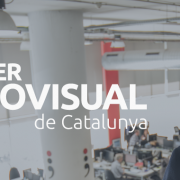 Miquel Rutllant was appointed Chairman of the Catalan Audio-visual Cluster last Tuesday 12th of December, after the Assembly of Members unanimously approved the proposal of the Board of Directors and of the outgoing Chairman, Jordi Mendieta.

Director General of Lavinia since 2012, Miquel Rutllant is a senior telecommunication engineer who graduated from the Polytechnic University of Catalonia, and also has an MBA from IESE Business School. He has worked in the telecommunications and chemical industries and has held senior positions over the last 15 years in companies in the audio-visual sector, including the position of Sales Director of TVC Multimèdia at the Catalan Media Corporation (CCMA), and Regional Director of Audio-visual Engineering at VITELSA.

Rutllant had been the Vice Chairman of the Cluster to date, and has taken the role of Chairman with the aim “to follow the line taken by the former Chairman, with more activities, more interaction between partners, and more collaboration with other sectors and markets.”

In his presentation before the Assembly of Members, Rutllant also stressed that, during his term, he aims to strengthen the international side of the Cluster. “We need to find ways for all companies to internationalise, including small and medium-sized businesses. The sector needs it now more than ever.”

The outgoing Chairman, Jordi Mendieta, who was appointed in December 2016, has generated a period of growth for the Cluster. The number of partners, scheduled activities and the number of contacts with national and international sector institutions has increased over the year. Jordi Mendieta is now a member of the Board of Directors.

According to official data, the audio-visual and multimedia industry has a turnover of 1.662 billion euros — a figure that represents 18% of the overall Spanish audio-visual industry, and 16% of the Catalan cultural sector. It also has 2,235 companies with 14,047 employees.