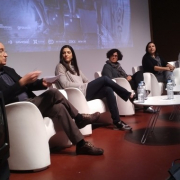 The relationship between young people and television was the central theme in the celebration of World Television Day, held in Mataró. This was the third edition of a conference that promotes  debate on the present and future of television, organized jointly by Tecnocampus, Graustic, and the Catalan Audiovisual Cluster.

The first discussion session, coordinated by the Audiovisual Cluster in the framework of its Digital & Media Forum (#digitalmediaCAT), was a panal made up of Sonia Duque, consultant for Atrevia, the company that authored a study on the Z Generation; Cristina Muñoz,Cristina Muñoz, until recently the head of Antenna and TV Programming of TV3; Rosalba Roig, head of strategy and innovation at BTV; and Elena Neira, expert in digital communication and author of the book, The Other Screen.

Participants agreed that the youth audiences, contrary to popular belief, are still interested in television, but prefer on-demand consumption over scheduled programming, often through other devices, rather than the television. 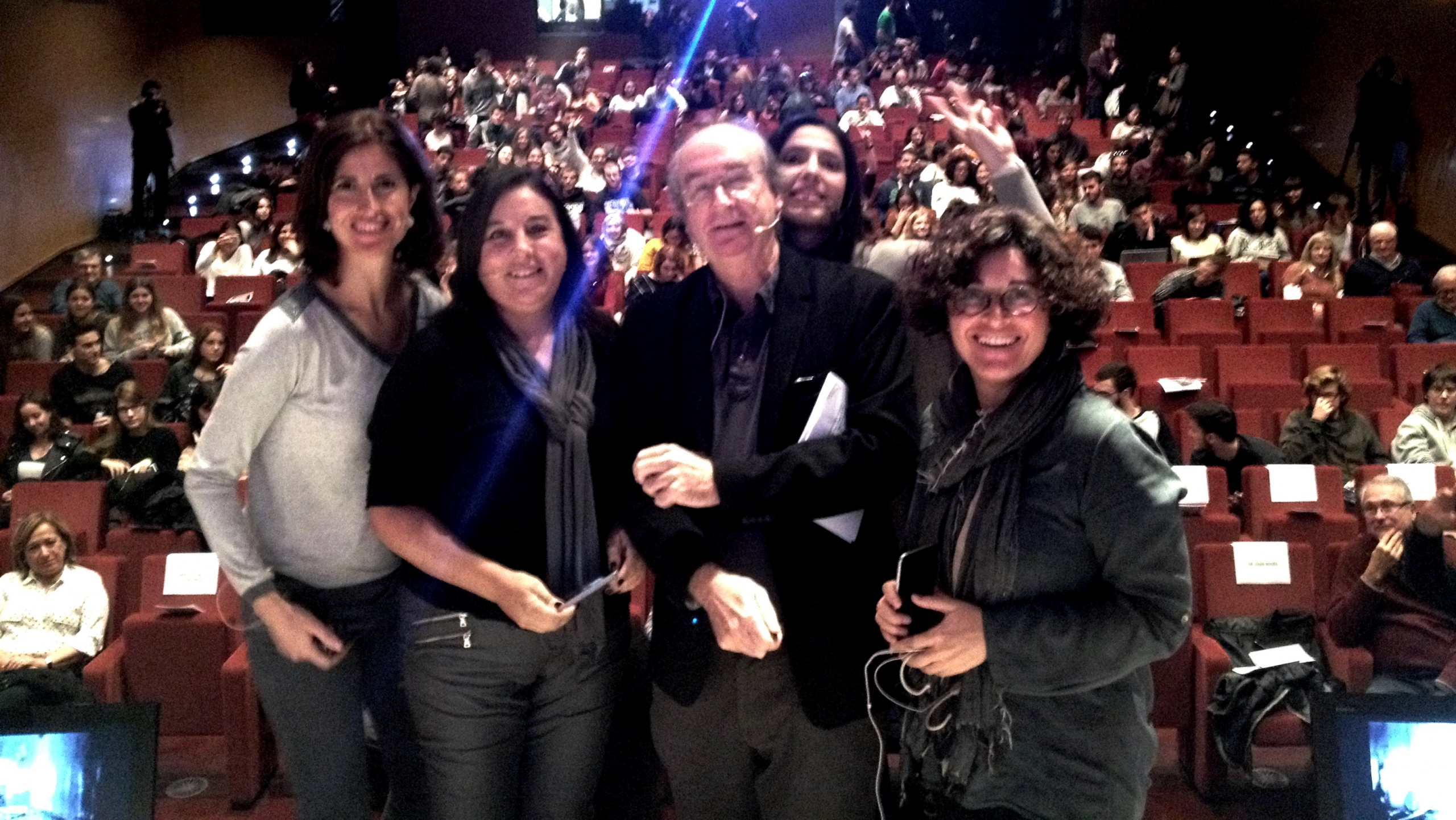 “New mobile devices allow the youth audience to replay content, beyond broadcast television, just as the Internet channels the creative capacities of a generation that grew up with digital technologies,” was among the conclusions shared by the panel.

Participants also agreed that television still faces the challenge of finding the profitability of  new channels. And, as well, that the first challenge is to be able to accurately measure the aggregate audience of all channels through which television content is distributed. 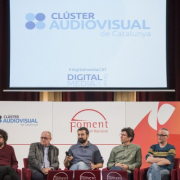 “A virtual reality experience is worth more than a thousand images,” claims Carlos Fernández, of Iberdrola. But what is the future of VR? How can it be useful for brands? What are its limits? And its reach?

To answer these questions, the Catalan Audiovisual Cluster, together with Foment del Treball, organized a session framed within the program Digital & Media Forum (#digitalmediaCAT), called “Zoom Brands VR. Virtual Reality success stories in branding.” This was the third in a series of activities that annually brings producers, agencies and brands together to explore new forms of collaboration. It was moderated by Quino Fernandez, an expert in advertising and interactive media.

Eva Dominguez, an expert in immersive narratives and CEO of Minushu, opened the session, introducing and defining the types of virtual or augmented reality experiences that make up a very diverse umbrella: from video 360, experiencied through VR glasses, to virtual images that interact with reality (eg, Pokémon Go). “However, the trend is that these different areas are becoming more and more hybridized. In fact, this is already becoming a reality.”

Some companies have long applied VR to brand communication. Visyon 360 is one of them. Their client service director, Xavi Conesa, presented a series of cases in which they worked with 360 video, 4D installations, etc. He emphasized projects that reported a clear profit for the brands, attributed to VR technology.

One brand that Visyon 360 often works with is Iberdrola, a company that strongly favors using VR in its campaigns. Its digital & social media director, Carlos Fernández (author of this article’s headline) stated that “these days it is very difficult to make an impact on people, but it is possible using VR.” In addition, added Fernandez, the use of virtual reality  makes the brand seem more innovative, or “cutting edge”, in the eyes of the customers. But what continuity will it have? How long will people be so impacted by VR? “Now I want to take it  further: to move from a shocking experience to a useful experience,” concluded  Fernández.

Bernat Aragonès, of Antaviana Films, a company that has also been producing VR for some time, presented its latest 360 video project with Massimo Dutti. They presented a model that managed to attract many users and generate a high level of interest. He  stated that “one of the added values ​​of  VR, in terms of marketing, has to do with the enormous possibilities it offers for analyzing the behavior of users. This allows you to observe where the costumers look more, which images  attract their attention the most…”

he possibilities of VR in relation to big data were commented on by Nico Roig i Mario Tarradas of Metropolitana. The speakers referred to their latest work in augmented reality and branded content based on the insertion of images and virtual games into branded objects (VR packaging, signage). “In augmented reality advertising becomes much less aggressive and, in addition, it allows the brand to have a more precise knowledge of its customers.” Finally, they concluded that “now we have to improve the devices. We are hoping that, instead of  phones, which are too bulky,  new glasses will be available, which would expand the possibilities of the use of augmented reality.”

Finally, Josep Maria Quintana, director of Createl, presented an innovative proposal that combines conventional TV formats with immersive reality. This project is endorsed by the Catalan Tourism Agency and the Catalan Heritage Agency with the aim of reactivating internal tourism in Catalonia. How does it work? On the one hand, TV programs broadcast on TV3 expose “mystery” programs about unknown places in Catalonia. On the other hand, it offers spectators the chance visit those places and experience the programs immersively. “A hub was created, bringing together these companies from very different fields that worked together on the project, in order to continue exploring the field of hybrid formats.”