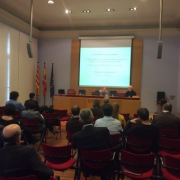 Are fiscal incentives really necessary to stimulate production? Do they benefit the local audiovisual sector? What impact have they had? These are some of the questions addressed by Jonathan Olsberg, president of the British consultancy Olsberg-Spi, at today´s meeting, titled “Fiscal Incentives: The Audiovisual as an Economic Engine¨, organized in Foment del Treball by the Catalan Audio-visual Cluster .

According to Jonathan Olsberg, fiscal incentives, which more and more European states tend to offer, not only have a positive economic impact in the countries implementing them, but also benefit local companies involved in foreign productions since fiscal incentives promote interaction with international companies, attract foreign investment, facilitate the formation of co-productions, and stimulate the mobility of workers and the acquisition of experience.

This is evidenced by the fact that countries with high production costs which do not offer incentives (as is the case of some Scandinavian countries), have tended to lose foreign investment to other countries that did apply fiscal incentives (such as Iceland) .

In addition, Olbserg remarked that the audiovisual and creative industries in general are one of the sectors with higher economic multiplier effect. In the case of the UK, according to the results of a study carried out by the same consultancy, Olsberg-Spi, every pound invested in incentives delivers more than 12 pounds of Gross Value Added to other sectors and 3.74 pounds in additional revenues to the government. 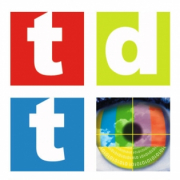 At the invitation of the Catalan Audio-visual Cluster, various associations and organizations of the Catalan audiovisual and creative sector met this morning to discuss the draft agreement of the new digital dividend which is currently being analyzed by the European Commission.

Jaume Pujol, of Abertis Telecom, informed attendees about the meeting held by a delegation of leading European organizations in the audiovisual and creative areas with representatives of the European Parliament. Faced with a proposal that would set aside most of the spectrum allocation for mobile phone industry use, the organizations stressed the importance of sufficient bandwidth for DTT within the audiovisual sector.

Following that meeting, the Catalan associations and organizations are studying the possibility of presenting a common position in favor of DTT during the public consultation period opened by the European Commission prior to the new spectrum allocation. 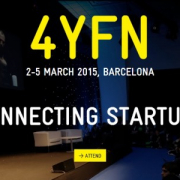 Today, a group of around 20 companies from the Catalan Audio-visual Cluster visited the event 4YFN (Four Years For Now). Invited by the organizers, they attended the event that combines lectures and workshops, and features an exhibition area designed to connect startups from the digital, media and technological fields with investors and companies.

The 4YFN – this year in its second edition- is emerging in the Mobile World Congress field that is closely related to innovation, creativity and emerging content.

In addition, some members of the Cluster have had a strong presence at the Mobile World Congress, as is the case of Abertis Telecom, which presented several innovations related to 4K technology and the Internet of Things, as well as BTV, through the production of daily news through smartphones, and Agile Contents, which exhibited its multimedia portals.

The TV program Generació Digital, produced by TV3 in collaboration with Createl, will broadcast the second special program on the Mobile World Congress next Tuesday March 10th.